Doctor Who, 'The Time of the Doctor' 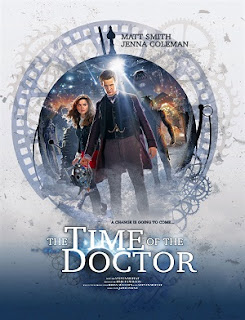 [This is an old review from 2013 from another platform that I'm putting up here to provide some background to my forthcoming review of 'The Return of Doctor Mysterio'. You will see my prediction at the end turned out to be correct. Oh, and spoilers, of course.]

Though I didn't blog about it at the time, I really enjoyed 'The Day of the Doctor', the Doctor Who 50th anniversary special. It was far from flawless, but it pulled me in, and worked its emotional magic. However, I also remembered that most of the Steven Moffat Christmas specials had been pretty un-special (you can read what I thought of the 2011 one in The Terrible Zodin, issue 13, pp. 80-82), so I wasn't holding out any hopes for this one. I was right to take that position, for 'The Time of the Doctor' vies with 'Journey to the Centre of the TARDIS' for being the worst Doctor Who of the Moffat era.

Penny Goodman  sums up the problem well. She writes:


Moffat pretty much just put up on screen all the notes he's been keeping about how the time crack, the Silence, the question hiding in plain sight, Trenzalore and the Lore of the Twelve Regenerations should be resolved, without troubling to knit them into a coherent story or to give them any emotional weight.

Exactly. This was presumably intended by Moffat to be the great culmination of the arcs he has been developing ever since 'The Eleventh Hour'; instead, it seems like he's gathered together a series of plot ideas he'd got bored with and not finished off properly, and resolved them all in such a way that the viewer is left thinking 'is that all there is to the Silence/TARDIS destroying the universe/crack in time/etc.?' All this in what is not so much a story as a series of vignettes knotted together, that leave one constantly asking 'What's going on? Who are they? Why are people doing this?' (As an aside, I note that Moffat's previous Christmas specials relied on other people's stories - Charles Dickens, C.S. Lewis, and the original Patrick Troughton Yeti tales. Here it's all Moffat, and there isn't anything there.)

It may be that Moffat was instructed to resolve a load of hanging plot threads. But I'd argue that if that was part of the problem, then he brought that on himself through leaving big plot threads unresolved. The big question at the end of Series 5 was who blew up the TARDIS - this gets quickly forgotten in Series 6, as we switch to the whole Impossible Astronaut story. And did we ever actually find out why Amy Pond can't remember the Daleks?

I think this is actually the downside of the legacy of Joss Whedon. Few people have been as good as him at balancing the arc plot and standalone episodes - yet everyone feels compelled to try. 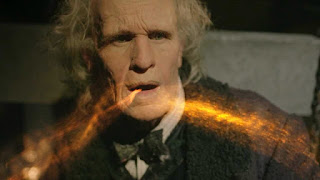 I taught a 1968 Who story as part of my course on 'London in the Literature of the Fantastic' at the University of Notre Dame this past semester, and that sparked a very interesting conversation with those students who were fans of modern Who about the lack of entry points these days, episodes you can tell people to watch without having to say 'Well, to understand this episode, you need to know this, this and this ...' A Christmas special, which will get viewers other episodes won't get,  should be an entry point - instead, this episode was incomprehensible to anyone who hasn't seen every episode of the last four years (I have, and I still didn't know what was happening half the time).

The problem remains, I think, that Moffat is over-committed. 'The Day of the Doctor' is really good. I have little doubt that the same will be true of the first episode of Season 3 of Sherlock. But in between, he seems to have decided 'oh, this'll do' for Christmas, and it really won't. I think the time has come for Moffat to move on from Who, and hope he will by the end of the next Series. But we'll probably get Chris Chibnall instead ... Chibnall's a bit variable. The Chibnall responsible for Broadchurch might do an interesting job - that who made Torchwood or Camelot can please go away.
Posted by Tony Keen at 10:33 PM