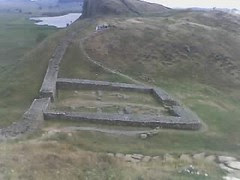 [Here's a couple of reviews I've had written for ages, but not had time to post. I'm off now, for two weeks on Hadrian's Wall, in which I won't be posting, though I may send the occasional photograph. Captions will have to wait until I get back.]

Reading Material for my visit to Hadrian's Wall 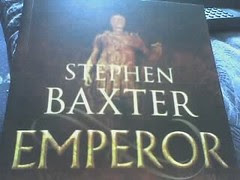 Currently on the television is Boy on a Dolphin. It appears to exist not simply for the purpose of having a very young Sophia Loren get soaking wet in a thin shirt, though clearly that was one of the objects. It also, somewhat preposterously, has Alan Ladd as an archaeologist. Still, there's some pretty shots of the remains of Delos and Athens.
Posted by Tony Keen at 4:27 PM No comments:

If you've not yet seen the BBC4 Mary Renault documentary I wrote about in April, it's on BBC2 tonight at 11:20. Very worth seeing, as an all-too-rare example of what happens when documentary makers get it right.
Posted by Tony Keen at 9:55 AM No comments: