Things read and seen this year, #1

Let's see if I can actually keep up with these this year. 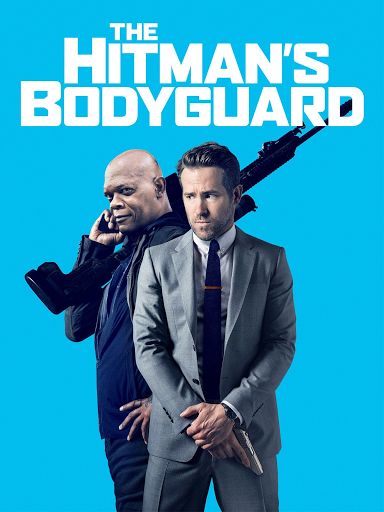 1. The Hitman's Bodyguard (USA, dir. Patrick Hughes, scr. Tom O'Connor, starring Ryan Reynolds and Samuel L. Jackson, Millennium Media, 2017).
Aka Nick Fury vs. Deadpool. Very violent, but, after the first ten minutes when it tries to hoodwink you into thinking that it's much darker and more serious, also pretty funny, with good banter between Reynolds and Jackson. Gary Oldman is Gary Oldman, as a Belarusian dictator who is totally implausibe, as there is no way Belarus would be ruled by a dictator who lacked the support of his people. The movie utterly wastes Salma Hayek, but hopefully that will be made up for in the sequel, The Hitman's Wife's Bodyguard. Total nonsense, of course, but would definitely watch again. Indeed, this was a rewatch. 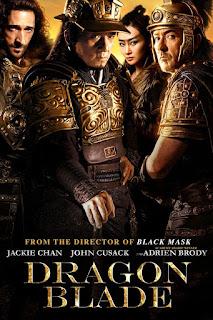 2. Dragon Blade (China, dir. & scr. Daniel Lee, starring Jackie Chan, John Cusack, and Adrien Brody, H. Brothers, 2015)
A rewatch for #ClassicsTwitterMovie. I still love this movie, silly though it is in places, and overcomplicated in others. My original thoughts can be read here, and you can read my Twitter thread here.
Comics 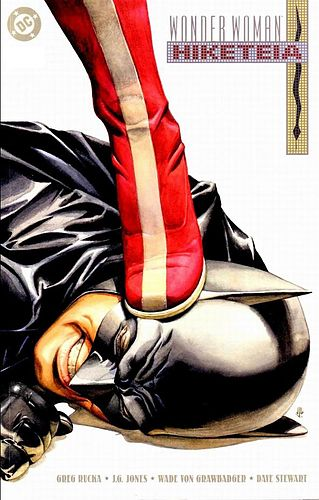 1. Wonder Woman: The Hiketeia. Deluxe Edition, by Greg Rucka and J.G. Jones (DC, 2020)
Originally published 2002. Read for #ClassicsTwitterComics. You'll have to go to that hashtag, from Friday, to see what I think. But there's a Slings & Arrows review here.
Plays on screen

1. The Wolves of Willoughby Chase, Greenwich Theatre, adapted by Russ Tunney, directed by James Hadrell, 2021
Theatre plays broadcast direct to people's homes has been a thing this past year, and clearly will continue to be a thing over the next few months, until it becomes realistic to have live theatre again. This would have been Greenwich Theatre's Christmas play.
I confess to not knowing the novel. The plot is very much the sort of thing that would have made for an excellent BBC Children's series in the 1970s, preferably with Patrick Troughton. However, this adaptation didn't work for me.  There are jokes about only having five people to play all the parts, and so having to double up on roles and wait while members of the cast depart to go on as someone else. But these jokes only appear towards the end of the play, and so throw a giant spanner into the works of the audience's suspension of disbelief. And the pacing seems very odd—the early parts of the story are done relatively languidly, with the result that the last half hour is full of an awful lot of plot resolution, much of which is told rather than shown. I don't know whether those are problems with the adaptation, or just with this version of it.
Posted by Tony Keen at 6:35 PM