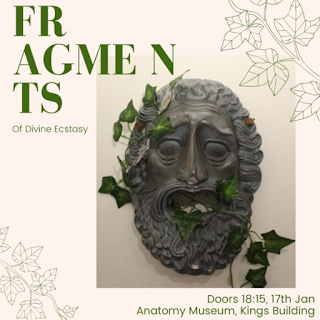 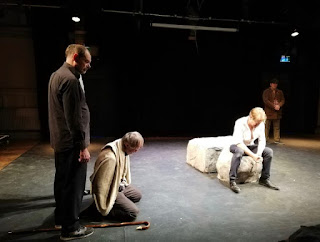 The other thing I saw was George Eugeniou's production of Oedipus the King at Theatro Technis in Camden. I've seen quite a few productions of Greek drama there, and this was one of the best. Small in scale, it punches well above its weight in emotional terms. The audience are involved from the start as part of the Chorus - when the Chorus is addressed, people turn to the audience. Leigh Hughes' Oedipus conveys all the unnecessary arrogance of the character, and the production is clearly not sympathetic towards him. He is ably supported by the rest of the cast. At the end, the production remembers, as not every one does, that the fall of Oedipus means the lifting of the curse from Thebes.
Posted by Tony Keen at 7:19 PM